Last week Trinity Lutheran School staff got together and went for a little run with some local business neighbors in Downtown Orlando –  about 20,000 of them.   A group of about 20 staffers at Trinity laced up their sneakers, rubbed sunscreen on their noses and lined up to pound some pavement in the IOA Corporate 5K. The event was broken up into 2 groups, the runners and walkers.  Mrs. Crawford, Mr Rottmann, and Ms. Jade represented Trinity in the runners category with some impressive finish times in the low 20-minute mark. Impressive!

As for the walkers?  This group enjoyed a brisk walk through Downtown Orlando with the rest of the pack.  Up and down the beautiful brick roads there were beautiful bungalows, parks, and Track Shack had arranged for several bands to play keeping everyone hyped up and lively during their walk. 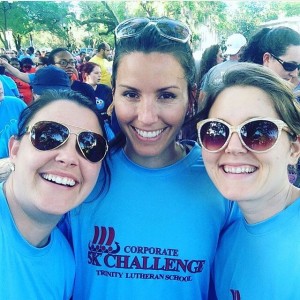 The event wasn’t all just sweat and exercise. While getting some much needed after-hours team-building time together, our school staffers’ participation contributed to the overall 24,000 meal donations were received for the Second Harvest Food Bank and Christian Service Center of Orlando.  The event has been held for 19 consecutive years and raises proceed to help the Track Shack Foundation as well as awareness for many other local charities.  (Read full write-up by Track Shack)

It was really great for Trinity Lutheran School to be a part of the fun, fellowship, and charity along with 700+ other Orlando area companies.  All of this wouldn’t have been possible without the help of Trinity’s School Board members and further assistance from Thrivent Financial — “Positive Change begins by Taking Action!” 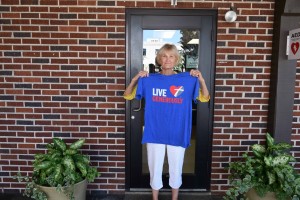 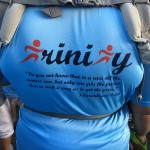 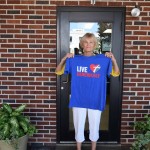 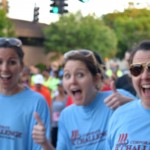 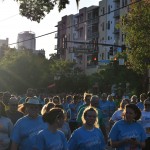 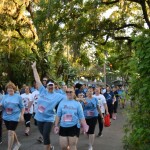 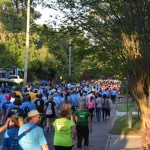 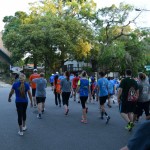 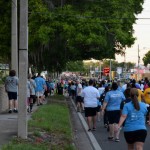 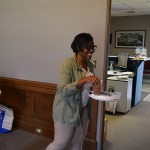 Having fun at lunch 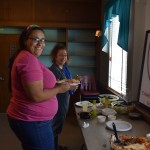